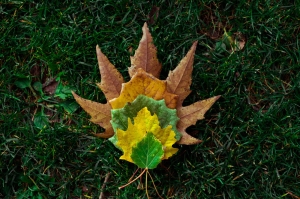 It was late when he decided to call it a night. Thunder outside drove him mad. To him, it was like the end of the world. He decided to hide, to run away from that irritating feeling. Tucking himself in his bed was the most treasured thing he ever did. He is safe now, shielded and armed with wool covers. The heart is sheltered with peace. The clock is ticking, but sleep was away for this night. He had feelings to spill, and so, he grabbed his papers and the pen resting on them and triggered his mind for writing. Where did all the ideas go? They were buzzing all over his head. Did they hide? Did they leave? Or simply, they died? There weren’t any urge in him to dig them out, so he surrendered his papers to their prior refuge. What is wrong with him tonight? He wondered. This is emptiness in him, and he didnt have any ideas to write, so he decided to read.

As people scream out their true nature, his books did the same. They were his loyal companions. What he didn’t know, was that his night was a very important phase in his life. It is the night where his life will change forever.
He couldn’t read, the pages were blank to his eyes. Despair claimed authority of his heart, and his life rolled like a short movie in his head. “When will this still life end”? That’s it! The end. The end is what only matters now. He bumped out of his bed, opened the door of his balcony, climbed the iron fence surrounding it, spread his hands in the air, and got ready to jump.
His legs mesmerized in their place, his heart thundered faster than raindrops and louder than the noise around, but the raindrops were magical. They washed despair out of his system. He felt confused, betrayed and peaceful. Confused by joy, betrayed by emptiness, and peaceful by embracing hope that will lead him to a life where ambitions floated all over. He must be a different person now, he must make a difference. If it wasn’t for the world, it would be for his little lame life…